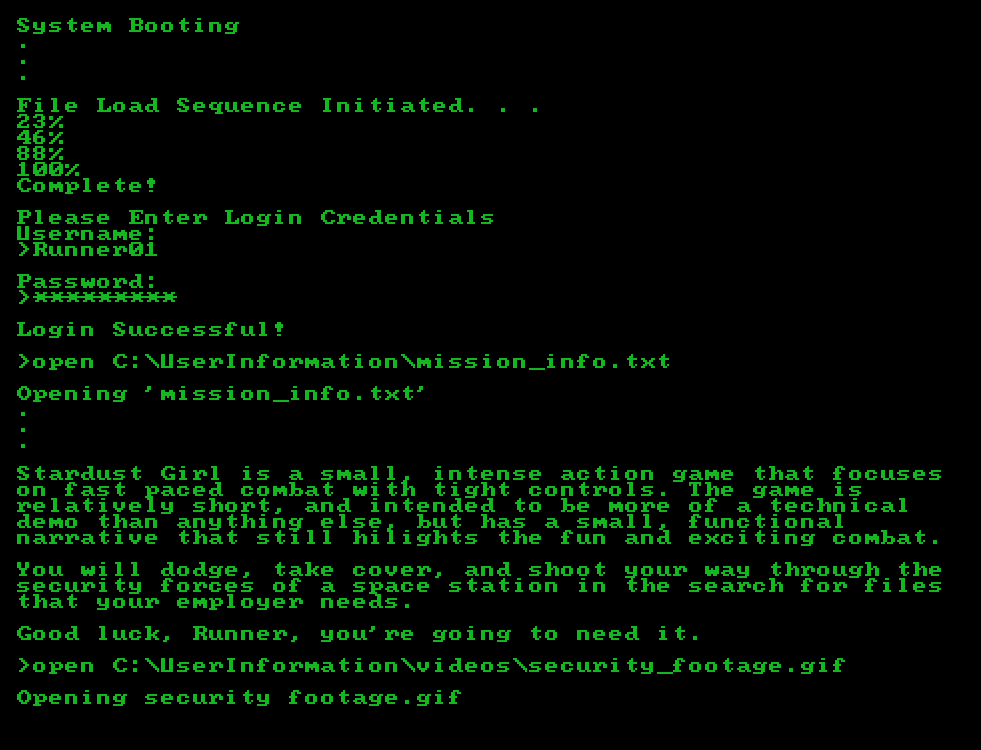 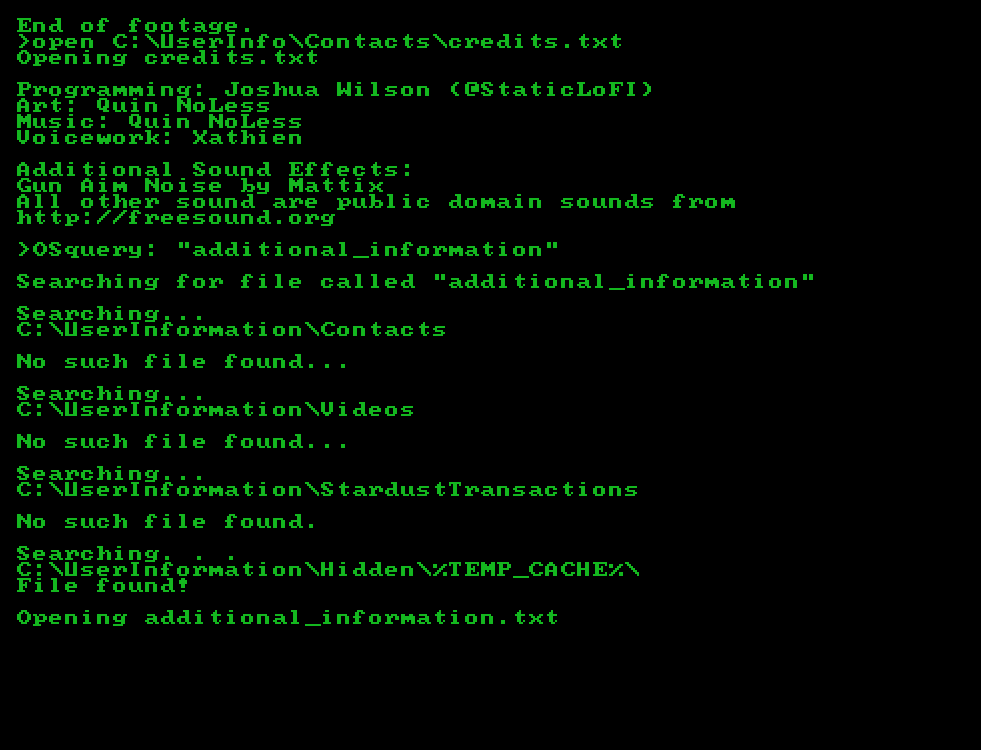 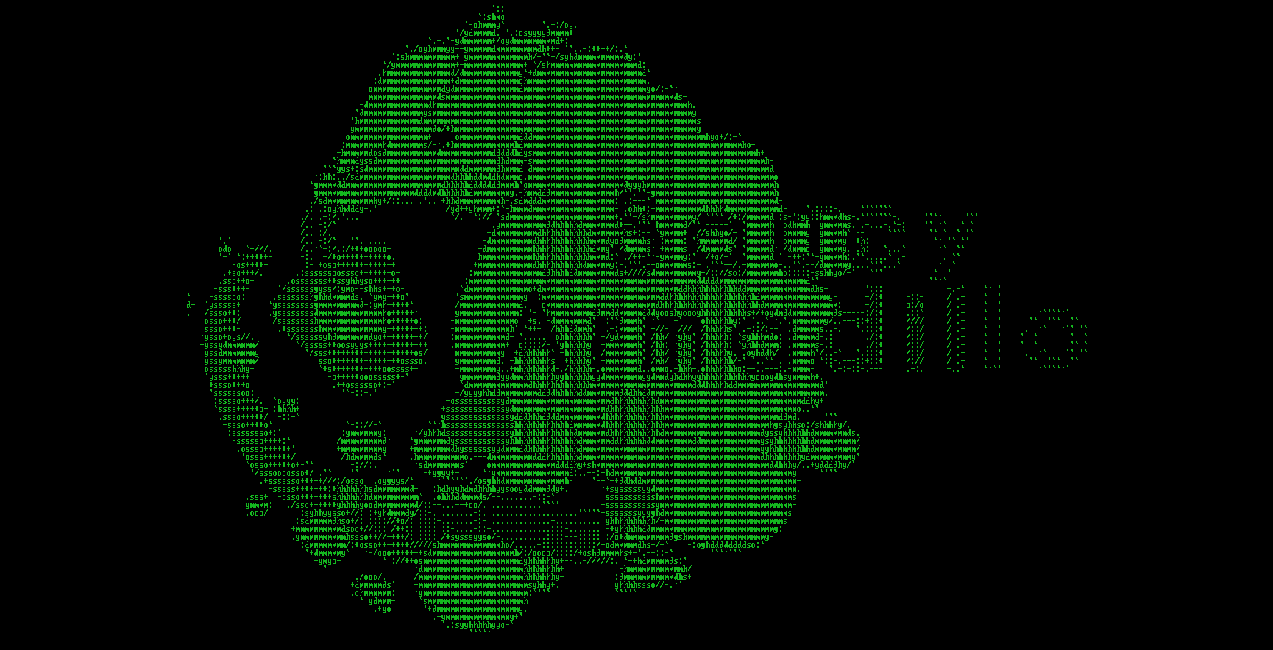 Gunnar Clovis280 days ago(+1)
Check out my gameplay critique of Stardust Girl!

Insanely beautiful presentation... I rather like the art and animation overall, but the sound is insane. The beginning scene lacks music it seems, but once that music kicks in oh boy. The sound effects are great, nice and bassy, loud, crunchy, very nice.

The most astonishing thing with this game is the intro presentation... The intro green-on-black command line bootup text crawl with the associated hardware startup sounds, the logo, transitions, all just really professional and excellent. Solid indie game stuff. This (obviously!) bleeds into this game page, which is wonderful. The text is a bit too small and cramped, making it hard to read, but it's still just so cool and stylized. Style is the best aspect of this game. It has a lot of style.

The gameplay is a bit underwhelming, primarily due to the seemingly broken controls, at least on the build I downloaded. Every action made me dash once dashing started, not just the spacebar. Reloading my gun was a horrible hassle, requiring me to spam the button with little feedback until it eventually worked, with every press of R again making me awkwardly dodge into oblivion against my wishes. It was very hard to control and do anything as a result of this. Pressing E on the little computer console in the main level was a nightmare, because I kept dashing back and forth past it with the movement keys when I just wanted to walk normally like in the start of the game, not dash which should have been confined to the spacebar like the game's tutorial taught. If the game just worked like I thought it was supposed to and going to, with the player walking left and right with A/D and then dodge-rolling in either direction while you hold down either direction and press space, it would have been fine. I do not understand why pressing R and E even made me dash as well, everything did, and it felt like I had no control. I'm pretty sure this was a bug, but it's a severe bug.

The guns felt pretty good due to the nice sound effect attached to them, a nice bassy gunshot noise, but there's little to engage with in the gunplay. Just aim either left or right and click, with little apparent strategy beyond get behind the guys with shields. If there was more depth it was not made clear. The enemies were a bit frustrating because they don't really telegraph when they're going to shoot. They just run up, stand there waiting to be shot, and then at some seemingly random point shoot at me or where I was. It's hard to get a handle on them, and the combat doesn't really scale well, with more enemies just providing more layers of uncertainty and frustration. I wish the enemies telegraphed visually exactly when they're going to shoot, ideally with an animation, but in lieu of that (for reasonable time/resources reason), some kind of indicator, a light, a bar above them, even a little numeric timer floating over each one of them, something to let me know when their next shot is so I can play around that information, particularly in the bigger hordes. A clear depiction of their range would also be greatly appreciated, with drawn laser sights or whatever it is, as I had no idea how far each of them attacked with their different unit types and weapons, and kept getting caught off guard and insta-killed because their attacks traveled much farther than I anticipated (and I had no idea when they were going to instantaneously attack).

But again keep in mind my experience above was with the seemingly broken controls forcing me to roll at all times. This game is listed as a technical demo, and it does feel that way in some respects. Honestly, though? It feels more like an intro sequence demo, because damn, that was the best part of the game, and not in a bad way. 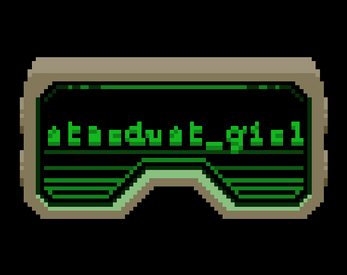